I am a self taught photographer and these are my 18 favorite surf photos.

In the summer of 2015 I began taking photos with my Sony A600 and an 18-55mm kit lens. There is an endless supply of amazing photo opportunities in Hawaii and I was inspired by the beauty around me. Throughout the summer I would often end up at Sandy Beach, famous for its savage shore break and fearless local bodyboarders.

It was here that I began to learn the art of capturing the waves and those brave enough to ride them. With only the 18-55mm, I had to run into the water as the wave crashed then quickly scamper out of the water to avoid being sucked out into the waves.

Thinking back about that now, I must have looked kind of crazy but I admire my enthusiasm and will to work with the tools I could afford.

I soon upgraded to a Canon 7d and an 18-135mm. While similar in frames per second the extra focal range helped me capture bodyboarders rather than just the waves they were riding. I still shot from knee deep and enjoyed running in and out of the water but I was beginning to get the angles and framing similar to the surf photos I had seen in magazines.

I scoured forums and websites to find out different techniques for tracking movement, depth of field, shooting into the sun and learnt the majority of the lessons from Youtube photography tutorials. There really isn’t much you can’t learn if you are willing to put in the time and effort on the internet these days.

While I was enjoying shooting with the 7d the focal length of 135mm still had me struggling to capture the emotion and movement of the surfers and bodyboarders. It also limited me to shooting riders who were close to shore. I couldn’t afford a fancy lens so I decided I would buy a 100-400mm L series lens for $700 with the plan on reselling it later in the year for a similar price. (I sold it for $940 on the second to last day of the 2016 Billabong Pipe Pro Masters – a great example of supply and demand)

This new lens really took me to the next level and Surfline LocalPro contacted me to join their ranks after seeing my surf photos. While sounding lucrative at first they were really giving a small cut to the photographers so I didn’t bother too much about posting many photos to their site although it was nice to be noticed.

There were three standout days for me shooting with this lens:

I never truly mastered the lens during these sessions but I enjoyed the challenge and I remember standing back in amazement at some of the photos I had captured. Only 6 months after I learnt what aperture meant and what on earth and f-stop was I had managed to capture the current world champion and several former world champions in full flight.

I no longer shoot surf as I had to consolidate my lenses to fit my luggage but it was definitely a blast while it lasted.

These are my 18 favorite surf photos from the last 12 months. I remember each moment of capturing these surf photos and they are something I will treasure from my time in Hawaii.

These were the biggest waves I had ever seen in person and they were scary. I set up my tripod on the cliffs and did my best to focus track despite the surfer being relatively small in the frame. Watching through the lens was pretty cool as I could see the action much easier than those with the naked eye around me. 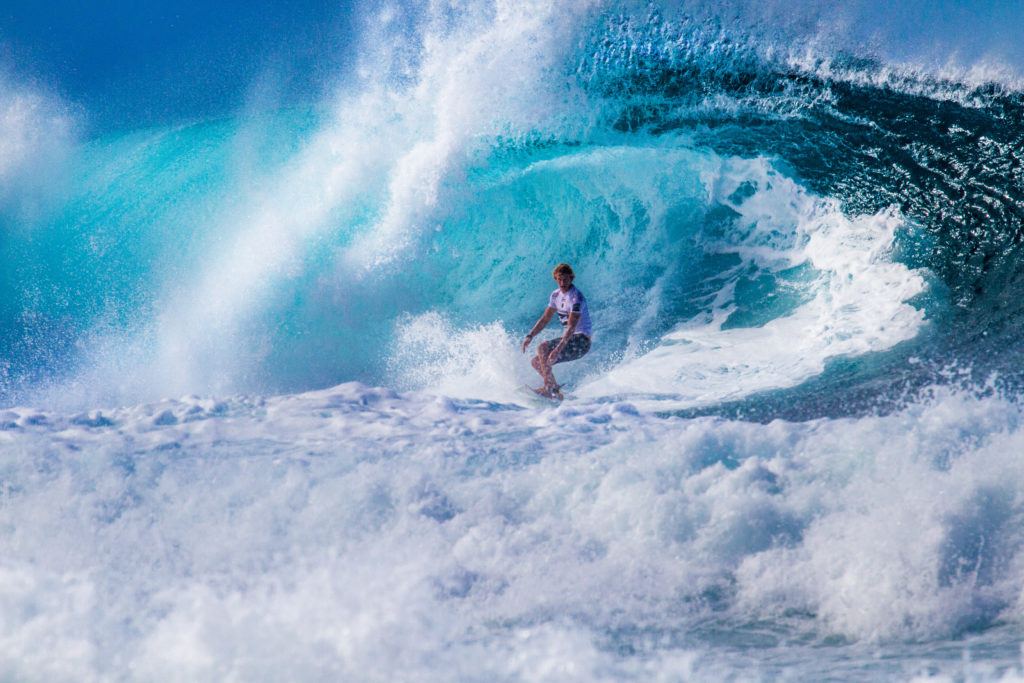 I learnt to keep my finger pressed down on the shutter if John-John Florence was inside the barrel because he always finds a way out. Just when the crowd dies down and has seemingly given up on the ride, his blond ball of hair will pop up to an almighty cheer. Moral of the story: If John-John is underneath a bomb keep your finger on the trigger. 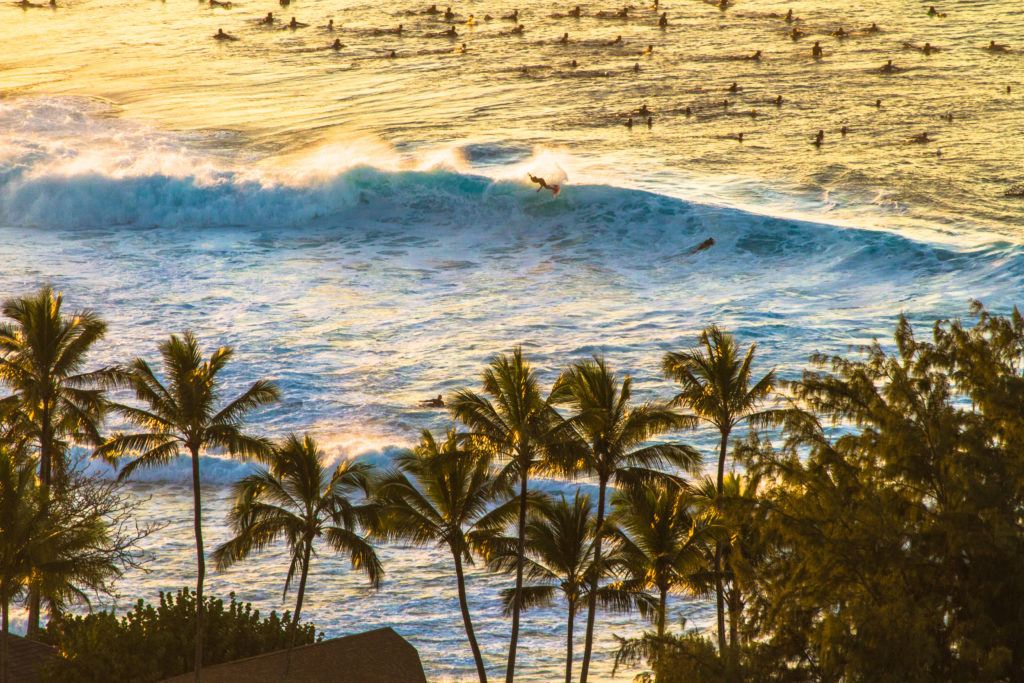 Wow. This night was truly magic.Watching different riders take wave after wave I felt like my SD card was going to overload. I had to just watch sets for a few minutes without shooting as I waited for new lighting conditions which suited me just fine. I could watch these guys all day, especially from this landing. 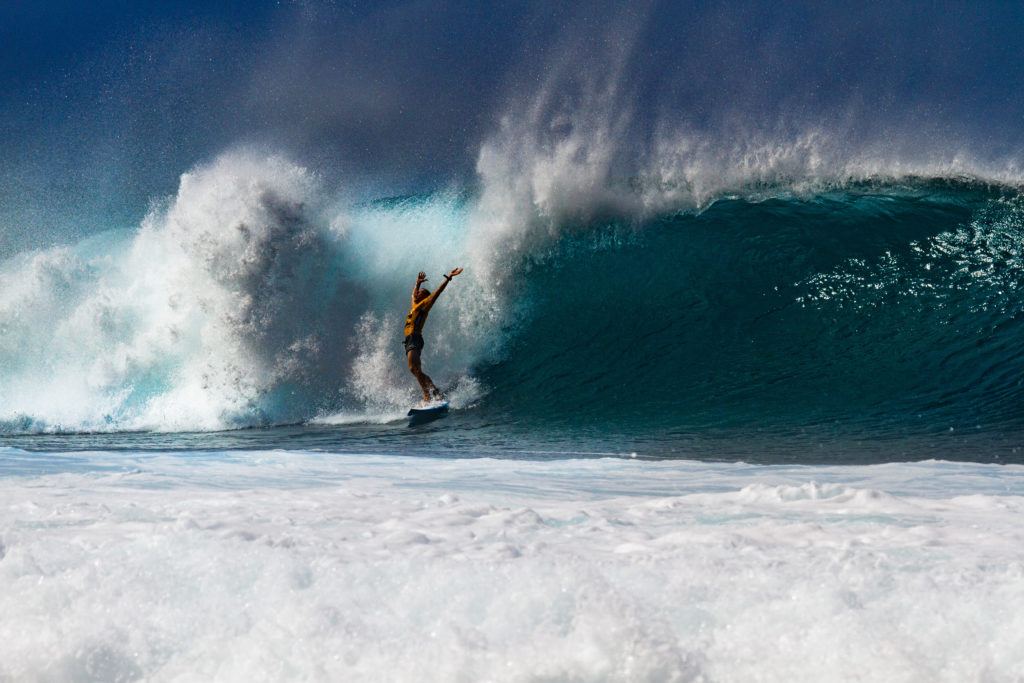 While not necessarily the cleanest surf photo I ever took this shot is full of raw emotion. Mick Fanning was mourning the death of his brother and was pouring out all of his emotion into a back and forth battle against rival Kelly Slater. With moments to go left in his quarter final, Fanning appeared all but swallowed in this wave until he miraculously emerged, lifting his arms in elation and relief. 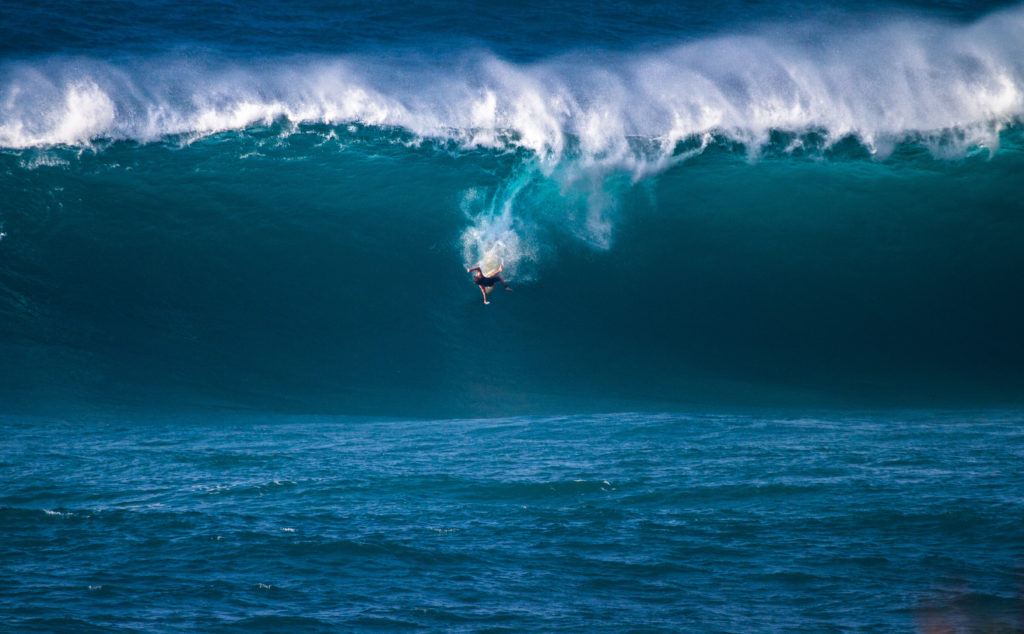 These guys are mental or put another way they are a special breed, that is undeniable. I simply cannot imagine dropping into a bomb like this and crashing out, being swept back up and dumped down with the full force of a 40-footer. Kudos to the guys in these waves you have me beat by about 38 feet.

Just simply had to tell you Now i'm relieved that i came onto your web site!.

Thanks so much, we appreciate it!

Wonderful page, Maintain the good work. With thanks!.