Riding in an open top VW 181 through rice paddies was a dream come true for me.

This post is from a sponsored trip throughout Indonesia with Indonesia Travel however all opinions remain my own.

The very first time I drove through Ubud in a musty old van, I remember gazing out the window and a vintage car caught me eye. What was that, a moke? a volkswagen? I had no idea. I am not a car buff by any means but this vehicle looked like it belonged in a Jurassic Park movie or utility vehicle in the war. It was neither of those but it was still awesome. It turned out to be a model of the Volkswagen I naively had no idea existed, the VW 181.

Throughout the next week in Ubud and surrounding areas I continued to see the 181 in various colors cruising the streets. My parents told me they had ridden in one on a tour more than 20 years ago on their first visit to Bali. Riding in one of these cars quickly rose towards the top of my bucket list.

When Indonesia Travel invited me on a 12 day tour throughout Indonesia, I had a quick look at the itinerary (like I was ever going to turn that offer down…) and as soon as I saw “VW 181 Safari” I confirmed my attendance.

THE VW INDONESA 181 SAFARI FROM KUTA TO UBUD

We came down from our hotel rooms in Kuta and the parking lot was lined with ten VW 181’s in all different colors. We were overwhelmed and quickly scurried into a tough military green/grey vehicle. Our driver was Wayan Sudarmanayasa, the 62-year-old owner of the car. He told us the VW 181 was produced in 1975 and that was the year he bought the car and has been driving it ever since. I was really impressed as this made the experience even more authentic. We had the coolest car on the island and our driver was a legend who lived and breathed VW.

The VW 181 originally sold for 2 million rupiah in 1975, the equivalent to $170 USD. However, if you wanted to buy one today you are looking at closer to 50 million rupiah according to Wayan, which is roughly $3,823 USD. In my eyes that is nothing short of deal of the year! With his driving gloves, aviators and collar rolled up on his denim jacket, Wayan became one of my life goals. I asked him if he had ever crashed since buying the car in 1975 to which he laughed and said never. 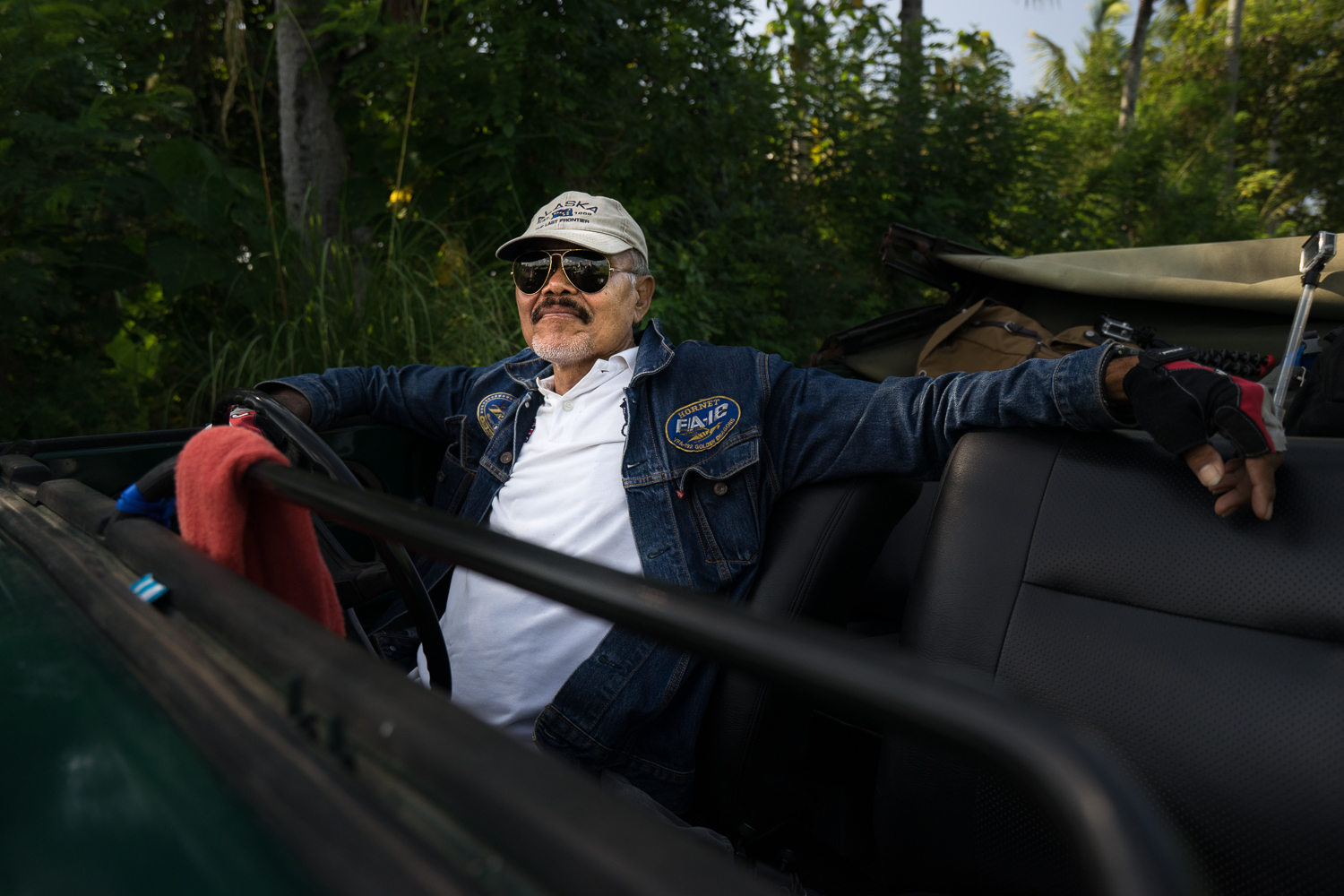 Getting out of Kuta was slow going, but with a convoy of ten VW 181’s we made our own fun and turned a lot of heads. It took us about 30 minutes or more to finally break out onto some open roads. Now we were cruising! Never at high speeds, we chugged past rice fields, waved to workers and really just enjoyed the experience of being in a vintage vehicle driving through some local scenes.

We stopped at Bukit Sari Temple, which is situated in the middle of a monkey forest. Whenever you step into a place like these make sure you are on guard because hungry monkeys quickly turn into aggressive monkeys. We managed to walk past the temple and along the pathway without encountering much other than a handful of timid monkeys. 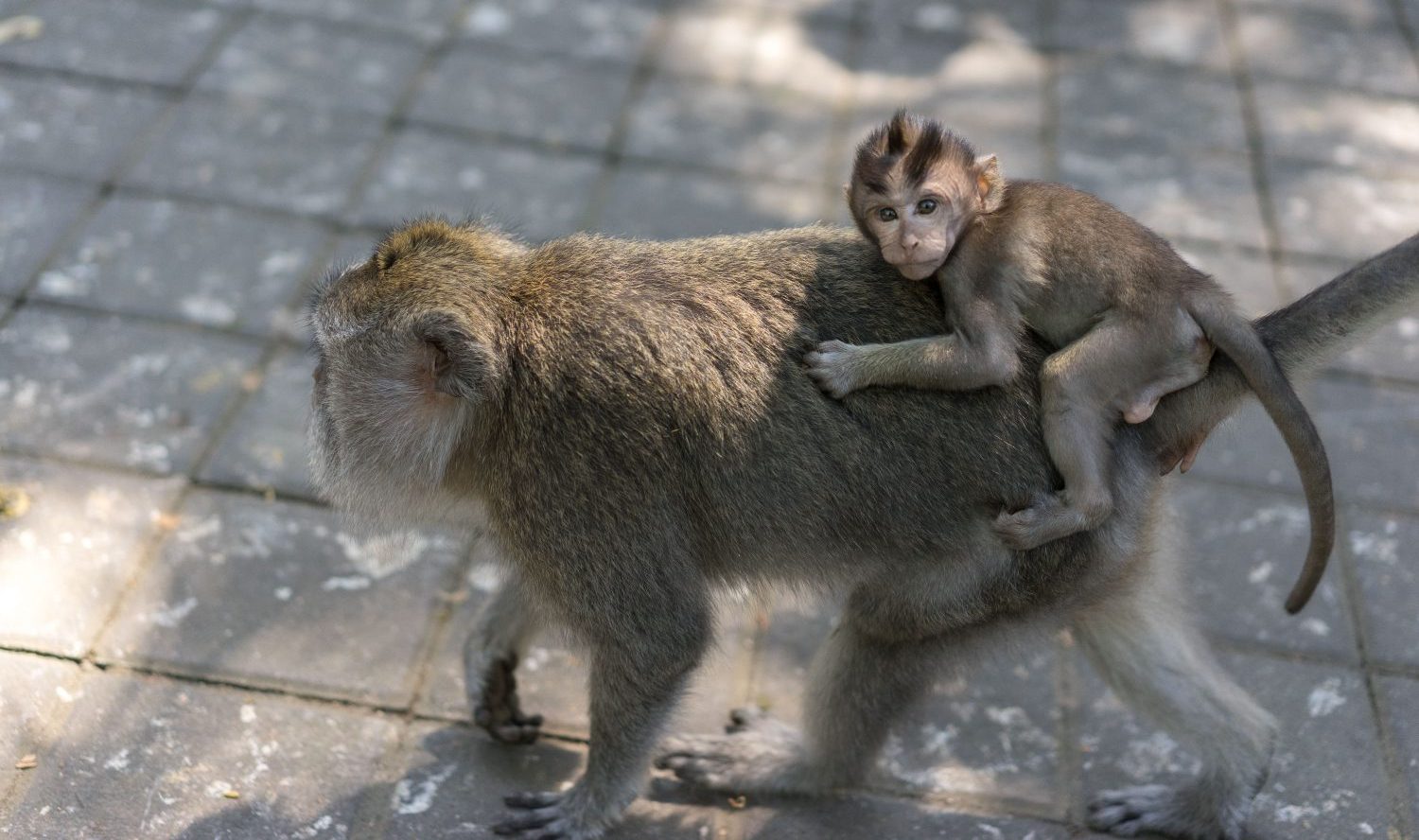 Our final stop during our VW safari was at the Ayung River to do some white water rafting. The rainforest scenery on either side of the river is truly magical. There are hanging vines, giant trees and waterfalls around every turn. The water was low the day we went, so no huge drops or anything scary happened during our rafting experience. It was a relaxing float down the river for the most part. The only time we had an adrenaline rush was when our guide told us to paddle as hard as we could and would guide us straight into a rock or into danger. It was all in good fun and was a great way to finish our safari.

Here is a short video from rafting in Ubud earlier in the year.

This day was packed with so much adventure and I loved it. These are the days that stick with me and keep me desire burning for more.

If you’re in Bali and looking for something off the beaten path, check out Nyang Nyang Beach and discover the shipwrecks!