9 BEST TOURIST PLACES TO VISIT IN AGRA IN ONE DAY

Agra is home to the Majestic Taj Mahal but there is so much more to offer, so even if you are tight for time in Agra this is a great little itinerary for places to visit in Agra in one day. I’ve put together a 9 step checklist to having the most awesome day in Agra. You can pick and choose which items on the list you want to add to your 1-day itinerary. Agra is pretty small so you should be able to see a lot. How much can you fit into one day in Agra?

Where to stay in Agra

Luxury – Oberoi Villa: Oberoi Villa is one of the most incredible hotels in the world. Every single room has a view of the Taj Mahal and it has hosted royalty on several occasions. It is one of the closest hotels to the Taj Mahal and they even provide you with golf carts to get to and from the entrance. If you want luxury accommodation in Agra this is your best pick!

Value – ITC Mughal Agra: The ITC Mughal is a great choice for a value stays in Agra. It’s not very expensive and has gorgeous gardens with a beautiful pool. This is necessary when you’re overheating in the middle of the summer! The hotel is only a short drive from the Taj Mahal. ITC Hotels are known for their luxurious standards with good service, so it is the value pick for Agra.

Budget – Zostel Agra: Zostel is a great hostel option in Agra. It was built in 2010, so it’s very modern for a hostel, and it’s only a 20-minute walk from the Taj Mahal. It’s a social hostel, so you will be able to meet lots of other travelers and find people to tour around Agra with.

AWESOME TOURIST PLACES TO VISIT IN AGRA IN ONE DAY

#1  Visit the Taj Mahal for sunrise

It is one of the wonders of the world so make sure you wake up for sunrise to see the Taj Mahal with some epic colors in the sky shining on the majestic structure. The Taj Mahal complex opens at 6 a.m. but you will want to arrive earlier to make sure you have your ticket and a good place in the line. Be aware you will be checked by airport-style security so leave your tripods at home.

If you don’t want to line up in the ridiculous lines you can buy a fast track ticket, which will give you express access into the Taj Mahal for just a few extra dollars. On hot days it would definitely be worth it!

The white marble mausoleum is adorned with spectacular carvings. The Taj Mahal overlooks the Yamuna river, an artificial pool, and a stunning garden. Don’t get overwhelmed by taking photos. Almost everyone is getting the same shot (see below). I took a few photos and then just found an arch hideaway on the Taj Mahal and relaxed for an hour as a small rain shower passed over. Take it all in and enjoy the moment.

If you are looking for a guided tour of the Taj Mahal there is a unique experience that I do suggest. The tour that I recommend not only gives you a guided tour within the Taj Mahal but also takes you to the Agra Fort. The tour costs less than $40 and considering the entry fees at both and the transport it is a really good deal to see the two most popular places in Agra. It is a half-day tour but because it is usually so hot, that is all you want to do for sightseeing in one day depending on your travel style.

#2    Have a luxury breakfast at the most expensive hotel in India: The Oberoi

After you have finished marveling at the Taj Mahal you will probably be hungry. It’s time to get well fed. Only two minutes walking from the Taj Mahal is the Oberoi Hotel. The most expensive hotel in India has rooms starting at $541. However, the breakfast isn’t going to break the bank, in fact, it is probably cheaper than most you would have at home in Australia or the U.S.A. A continental breakfast will set you back only $12 USD or the full gourmet buffet will be $35 USD. Expect them to break out the fancy cutlery, this joint doesn’t hold back with pools and fountains left, right and center.

The Agra Fort is very centrally located and probably the most popular building in Agra after the Taj Mahal. You can actually get a glimpse of the Taj Mahal from Agra Fort. It was the primary residence of the emperors of the Mughal Dynasty up until 1638 when the capital of India was actually shifted from Agra to Delhi, so the complex holds some huge significance in the history of the nation. It reminded me a lot of some of the forts in Jaipur. Beware it will cost you $7 to enter as a foreign tourist, which I thought was a little steep compared to other temples and forts in Asia.

The tour that I recommend not only gives you a guided tour within the Taj Mahal but also takes you to the Agra Fort. The tour costs less than $40 and considering the entry fees at both and the transport it is a really good deal to see the two most popular places in Agra. It is a half-day tour but because it is usually so hot, that is all you want to do for sightseeing in one day depending on your travel style.

The mausoleum is often described as a jewel box or the baby Taj and it is said the structure was used as a draft complex for the Taj Mahal. You can see some similarities including the symmetry, towers and long pool leading up to the tomb. The tomb looks out over the Yamuna River and I found the gardens a great place to relax in the shade for some peace and quiet away from the busy streets. Entry was only a couple of dollars but tripods were not allowed inside.

#5   Take a tuk-tuk to Akbar’s Tomb in Sikandra

I decided to grab a tuk-tuk and continue on my tour of the temples in Agra. For $4 USD my driver took me to Sikandra about 25 minutes away and back after waiting for me to visit Akbar’s Tomb. Like all of the structures in Agra, the tomb has incredibly impressive carving on the face of every wall. Towers mark the corner of the tomb and inside is a false tomb although the real tomb is in the basement. Akbar was one of the most important emperors in the history of India.

Sheroes cafe is run by acid attack survivors as part of the #StopAcidAttacks movement. The food is awesome and you will be supporting an amazing cause and a courageous group of women. They serve western style food and local dishes. I had a vege-burger, fries, and a mango smoothie. The best part about the whole experience was finding out there are no prices on the menu. You are encouraged to pay as you wish!

#7 Check out the action along the Yamuna River

The Yamuna River is a central feature in Agra. Many families are using the river for washing, playing and fishing. I found myself having to walk across the bridge during the day on a couple of occasions and stopped for a while to watch all of the action going on along the banks of the Yamuna.

The Mehtab Bagh is probably one of my favorite places to visit in Agra in one day. The entrance fee was only a couple of dollars but you get to look straight across the Yamuna River at the Taj Mahal. In fact, I thought this was a better view than from in the Taj Mahal. The sunset away from the Taj Mahal and we weren’t fortunate enough to get any great colors in the sky but it was an awesome way to enjoy the sunset. The best part about this spot was how peaceful it was with only 30 or so other people in the entire park.

#9   Have a local delicacy ‘Petha’ for dessert at the Bazaar

I couldn’t believe it when the vendor told me it was made from pumpkin. It looks like a normal gelatin-type sweet and even tastes like Turkish delight. Petha comes in so many different flavors and they were all actually really tasty. I tried chocolate, pineapple, and strawberry and I just wouldn’t have been able to pick the origin as a pumpkin. Petha is definitely a local delicacy to check out and maybe take home as a souvenir. You will find a Petha store on most market streets.

Interested in a food tour? There is one food tour that gets recommended time and time again. It is called the Agra Street Food Crawl and an expert shows you the best local food spots in Agra! Definitely one for the foodies. 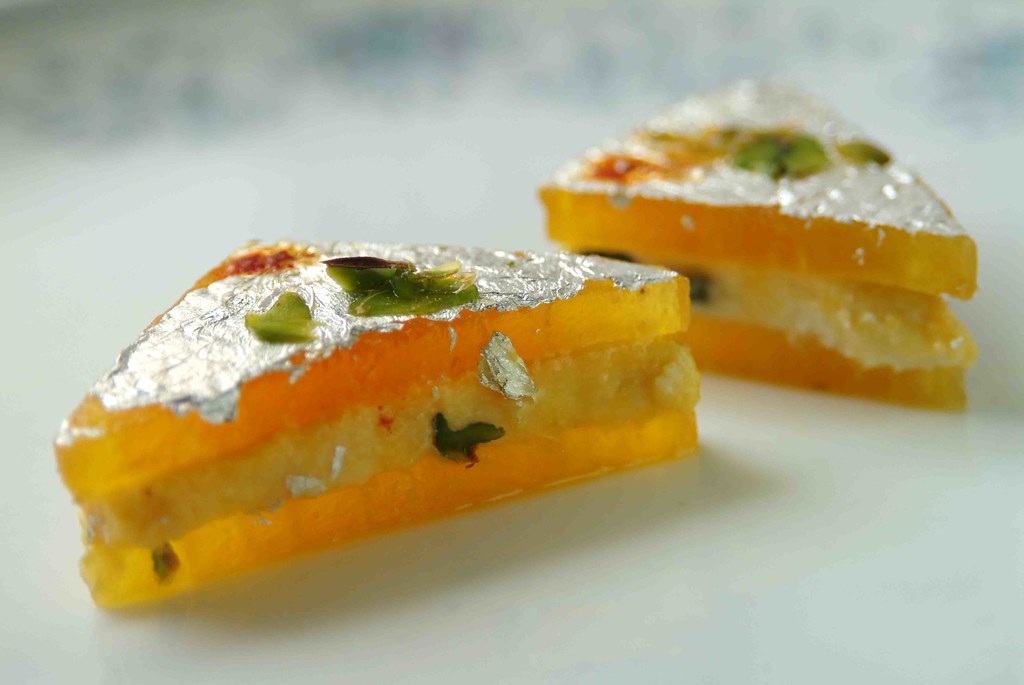 WHAT CAMERA GEAR DO I USE?

37 IMAGES OF CORON TO GIVE YOU WANDERLUST

Hi I'm Jackson, thanks for visiting my blog! I've been backpacking and exploring epic locations around the world for over 2 years. I've never spent more than $12 a night on accommodation and am always looking for real adventures like treks, waterfalls and cliff jumping!