What do you do when your cheap hotel has a open rooftop on the 7th floor? You begin your days adventure on the roof watching the sunrise over the neighborhood. At 430 am I climbed the stairs to the roof and waited almost half an hour for the sun to start creeping over the mountains in the distance and begin to illuminate small parts of the apartment buildings and houses. 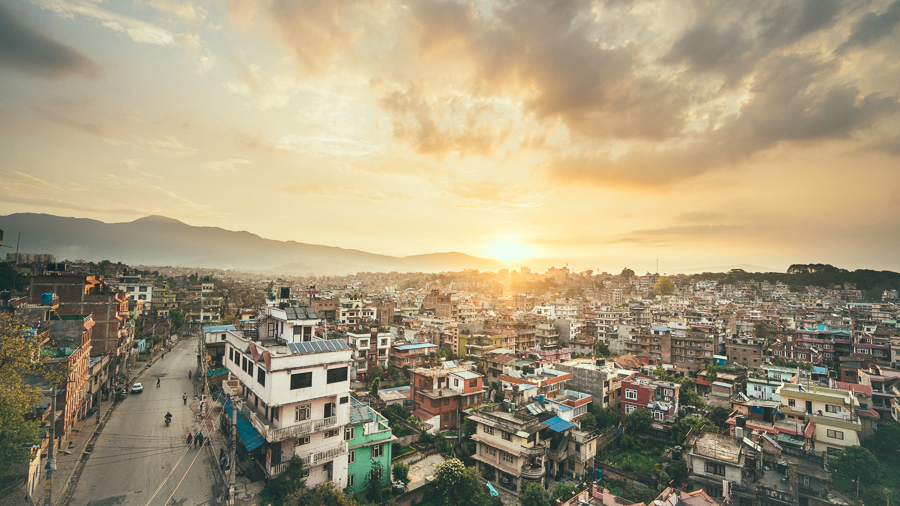 If you don’t like reading so much, no problem I’ve got you covered. I was vlogging from am to pm during this adventure so you can watch the vlog instead of reading the article!

My plan for the day was to walk to Boudanath Temple/Stoupa and whatever else happened along the way was a bonus. Boudanath Temple was over an hour walk from my hotel so I was bound to find adventure during the trek. Little did I know, I would spend most of the day at Pashupatinath Temple not just Boudanath Temple.

It was also my first day vlogging in a while so that added a whole new aspect to the day and I came home incredibly tired with dust covering my entire face.

Breakfast: I stopped for a breakfast break on the way to Pashupatinath managing to pick a nice little cafe. Milk tea and Sel roti were on the menu. Sel roti is a donut shaped bread ring. It isn’t quite as sweet as an American donut and it’s a little crunchier, but it definitely isn’t a savory breakfast.

I arrived at Pashupatinath by mistake. It was on my way to Boudanath but I decided why not head in although it was 1000 rupees or $10 USD to enter. I also paid for a guide who talked me through what was going on for just over an hour. He charged me 500 rupees or $5 USD, but I highly recommend grabbing a guide for a little bit. 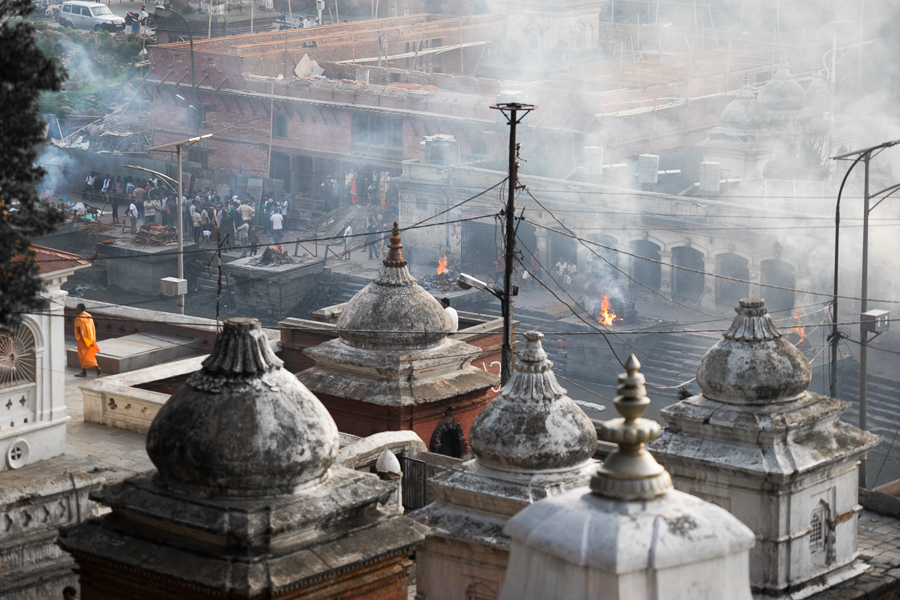 Pashupatinath is an incredibly holy place. A river runs straight the heart of the temple complex and it runs into India, connecting to the Holy Ganges River. When someone in Kathmandu dies, the body is purified, cleaned and prepared at Pashupatinath. It is then wrapped in cloth and placed on a stone block next to the river. Pieces of wood are stacked under, around and on the body. Straw is also spread over the body before it is lit on fire. The face and feet of the body are left exposed the entire time. After 3-4 hours of burning the cremation is complete and the ashes and remains are swept into the river. This process is part of the hindu belief that they will be reincarnated.

As a tourist you are able to stand incredibly close to the funeral as a fly on the wall. I watched an entire ceremony as the body was carried in and cremated. 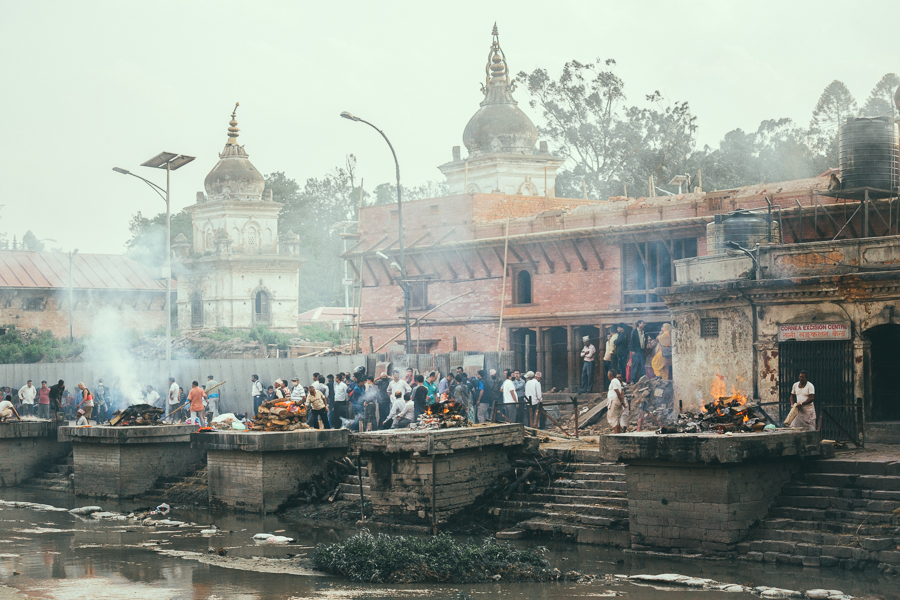 Next, I headed up the hill out of the crowds into the empty forest to digest what I had just witnessed. Only monkeys and birds made a noise. I slowly made my way through the winding forest trail passing countless graves, overgrown by weeds. 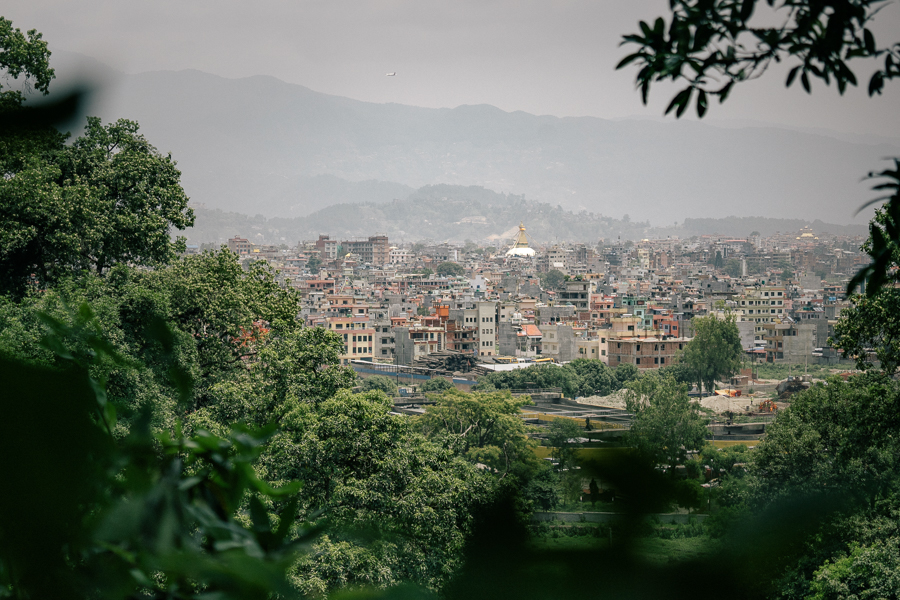 I might have passed by a hundred or so monkey by the time I made it back to civilization. At one point the monkeys ere cannon-balling into the river from a few meters high. Who knew I had so much in common with monkeys… maybe it’s more than 99% like the scientists say!

I finally made it to Boudanath Stupa. I had originally set out at 8 am and it was now 2 pm. That’s an adventure day for you! The stupa cost 250 rupees or $2.50 USD and came with a free guide and map. It was huge! So huge in fact, it’s said if you walk around the entire stupa you will receive the seven qualities of higher existence. I’m not sure what qualifications that gives you but many people seemed to be going for it. 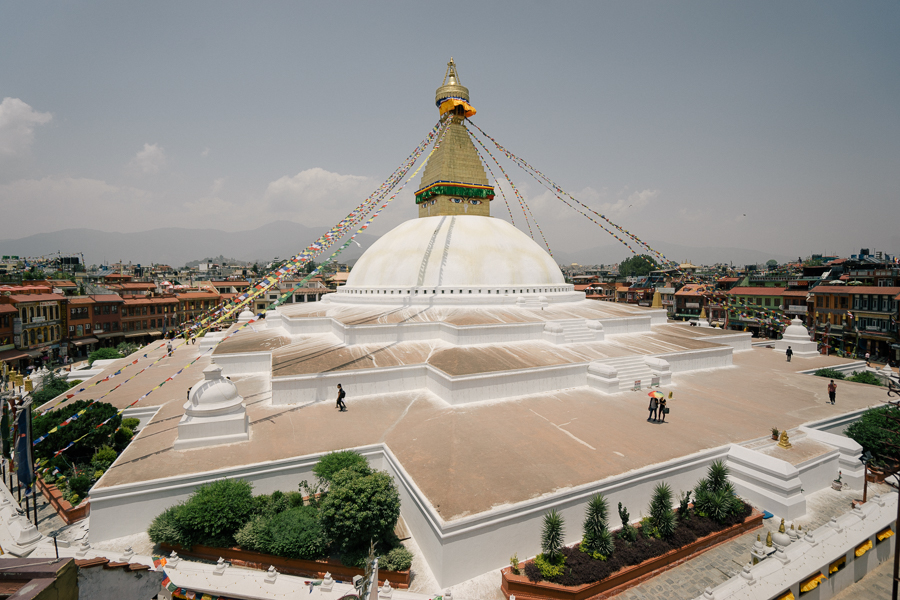 If you are at the stupa definitely head up to one of the restaurants even if it’s just for a milk tea. You get an awesome view of the whole complex from up top. I grabbed a pot of tea and had three glasses to myself while I surveyed the temple and surrounds.

I saw on the map there was a historic pond but I was yet to see any water. I asked around and tried to find it for almost half an hour before a local shopkeeper took pity on me and guided me there. Once I arrived I was glad I had been persistent. Amidst the unglamorous suburbia was an immaculate pond and place of worship with statues and flowers. 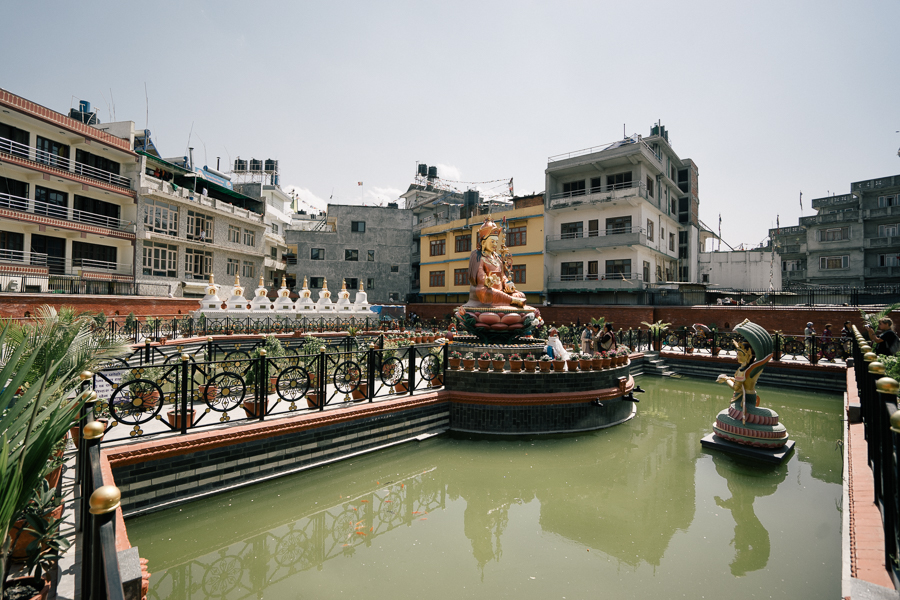 After spending a while at the historic pond I decided to head back to Pashupatinath for the sunset. There are also many more funerals later in the day so I thought that would be interesting to watch too.

When I arrived every single stone block seemed to be occupied by a body waiting to be cremated. My guide had told me that depending on the day, 30-100 cremations could take place. I watched the monkeys run riot on the roof while families and relatives watched on as their loved ones were cremated.

For the sunset head up the hill to a small platform where you can take in the whole complex and watch the sun setting over the city. 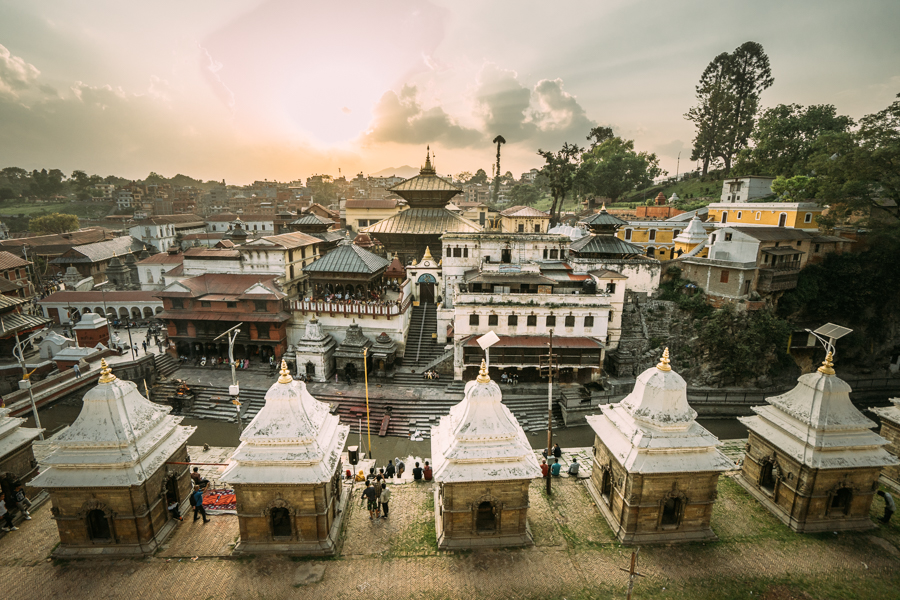